For many decades, scientists have been looking for ways to influence DNA so that we can overcome serious illnesses, eliminate malformations, cancer, etc. To do this, you need to learn how to influence DNA, edit your sequences, remove unnecessary ones, but most importantly, do it safely for the human body.

The full name is CRISPR / Cas9 – It is the tool that allows to edit genes in DNA, so as not to influence other processes. The technique is based on a small part of the bacterial defense system, which has been taught to locate and make changes to the correct sections of DNA.

How did scientists develop CRISPR / Cas9?

Japanese scientists in 1987 began to study E. coli and found sequences in the DNAthat were repeated periodically. They seemed unusual to them and differed from others in their versatility. Despite the efforts and hard work, the actual function of these sequences could not be determined.

And so it was until 2007, when the researchers of the bacterium Streptococcus discover that these sections of DNA are a component of the immune system, the bacterium itself. This made a great advance in the study of all genetic engineering in general. Scientists began to study this structure closely and realized that it plays an important role in the life of bacteria.

We all know that we are surrounded by microorganisms that we don’t notice. But even these small creatures have genes that code for protein synthesis. Let’s imagine that a bacterium meets a virus. And, in order not to die from a foreign organism that has entered its interior, it activates its own immune system, which repels the virus. It is based on CRISPR – a complex of repeated sections of DNA. And among them are spacer – separators with genomic virus fragments that this bacterium has already found.

When a bacterium has the capacity to destroy a virus, it cuts off its genetic material and stores it between CRISPR sequences. This data is then used during new virus attacks.

It is similar to the operation of antivirus programs on computers: they have a database of virus fragments and thereby identify pests. Thus, the cell remembers the offenders. The most studied Cas9 protein and the RNA guide help fight viruses. This is a section of the gene code for sequence recognition.

When the virus enters the cell, it activates the comparison of its genes with fragments that are already in the bacterial “database”. And when the same or very similar spacer is found, the RNA guide is inserted between the wires of the double helix and separates them. And the Cas9 protein cleaves the genome and neutralizes the threat.

Thus, throughout its short life, the bacterium collects data and passes it on to the next generations, who are already born with the mechanisms of destruction of some viruses.

What will this give to humanity?

When the first positive results appeared, they began to be used actively in different directions. In 2011, two scientists realized that the dedicated Cas9 protein could be tricked by sliding it into an artificial RNA sequence that it would remember. And if that protein is placed in a living organism, for example, a human, it will look for similarities. Having found the correct DNA sequence, it will go inside and begin to destroy it, cutting it into pieces.

And already in 2013, scientists were able to show that the CRISPR / Cas9 system can not only destroy, but also insert the necessary genes in a specific location. It cuts the DNA and kind of inserts the sequence it brought in there. In addition, the technology has proven to be safe for use in mice and humans.

And from there, the number of studies and scientific works began to grow actively. In 2017, more than 14,000 projects have been published.

The most useful and promising are:

Use of CRISPR / Cas9 for the treatment of inherited diseases.

So far, scientists have found an adequate genome editing mechanism to eliminate certain inherited diseases.
Imagine that you want to find a mutant or unwanted nucleotide sequence and point it out in your DNA. It is this task that the Cas9 protein can face if it is programmed in advance. He finds and begins to destroy the invalid DNA string. But our body will resist, and the “repair” mechanism of these breaks is activated, returning everything as it was. And if at this point the Cas9 protein with healthy sequences is released into the body, the cell will include them in its DNA. Thus, we can overcome dozens of inherited diseases, mutations, defects.

There are several other promising technologies that allow you to interfere with genes and change them.

One such technology is TALENs. It started to be used at London Hospital – Great Ormond Street for the treatment of cancer. The patient’s diagnosis: Aggressive form of leukemia. Traditional therapy has had no effect. Therefore, through the experimental application of the new genome editing technique, she is the first and only person to recover.

The essence of the method is that the TALEN protein destroys the unnecessary DNA sequence, activating the self-destruction process. This allows the cell to make the already healthy, instead of the bad ones. Therefore, this technology is one of the safest genetic engineering techniques. But, there is still much to be learned.

The second technology is ZFNs. The first studies were carried out in California to fight HIV. The essence of the method is that the cells of the immune system have been removed from the blood of HIV positive patients. After that, scientists removed their CCR5 gene, which the infection uses to access other cells. This technology is based on genetic mutation and gives patients natural immunity to disease.

But we must remember that the research was carried out for the purpose of experiment. They will be able to use it only when experts are fully convinced of the safety of these methods, before they start using it fully in medicine.

Today, an international summit on human editing has allowed some genetic engineering techniques to be used only by individuals and laboratories worldwide. But the use it’sallowed only on primitive human embryo cells or embryos that will not be used for pregnancy in the future.

In addition, biologists do not exclude that the genetic modification of human embryos, with little control, can lead to the creation of the first genetically modified child in a laboratory.
Scientists say that if you open up access to genetic engineering, people can cause serious problems. Since it is not yet clear what the long-term consequences of genetic engineering are. After all, this is a very young science, not even 100 years old.

But in reality, not everything is so bad. After all, when we can make changes to the genes safely, we can defeat most diseases, make more food, which will end hunger in some regions.

Latest research in the world of genetic engineering

March 2020 – Scientists study a new CRISPR system. It can simultaneously cut DNA at different points and remove fragments of genes. In addition to Cas9, it includes Cas12a. That with ribonuclease activity divides the RNA into a pair of guides. This technology is called CHyMErA.

CRISPR / Cas9 / Cas12a is one of the most promising methods in the modern world and in the coming years it will only develop and improve. Most importantly, this technique is not only effective, but also fast, economical and totally safe.

29.04.2016
Shooting of TV show “Wunsch kinder” in Kiev in agency “Vittoria Vita”
On the 25th of April were shooting a TV show “Wunschkinder” in Kiev. The TV Broadcast  is carried out on public German TV channel  ZDF, which occupies a leading position in Germany.
Read More 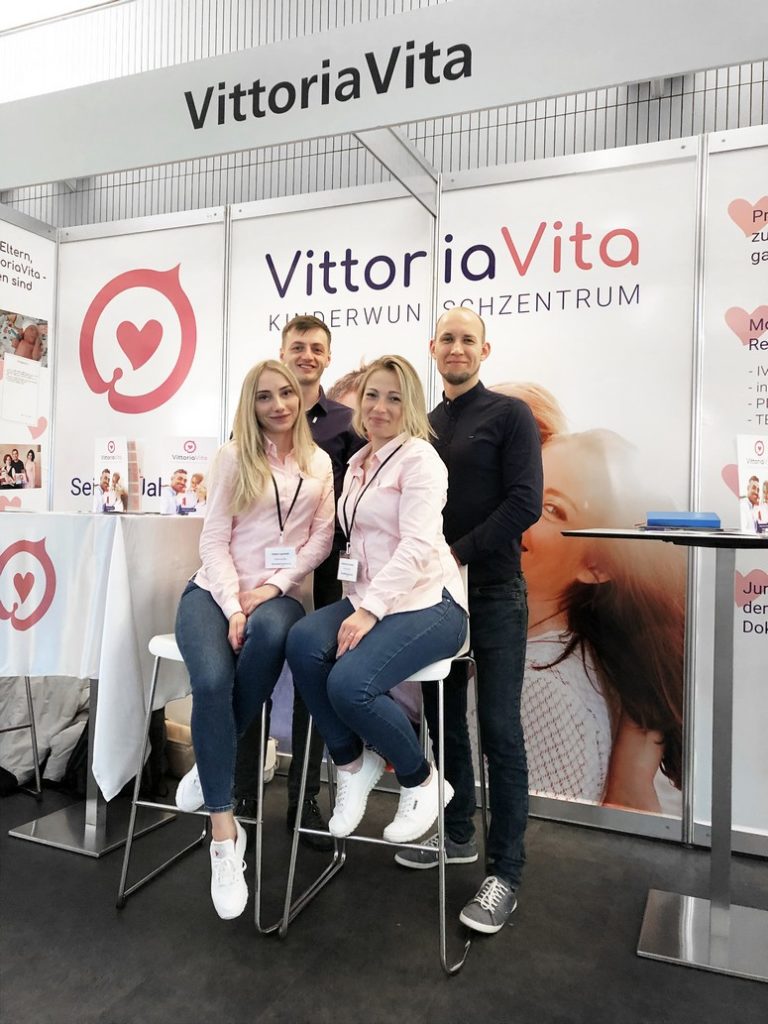 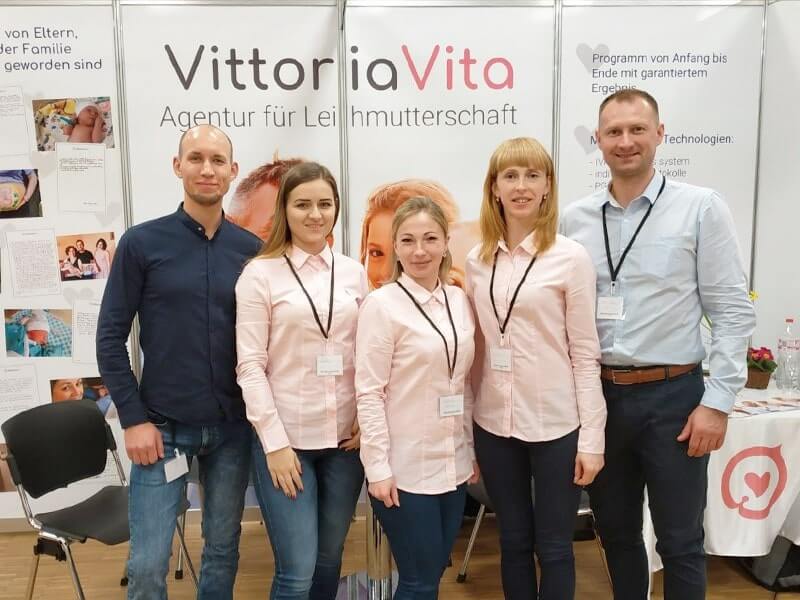